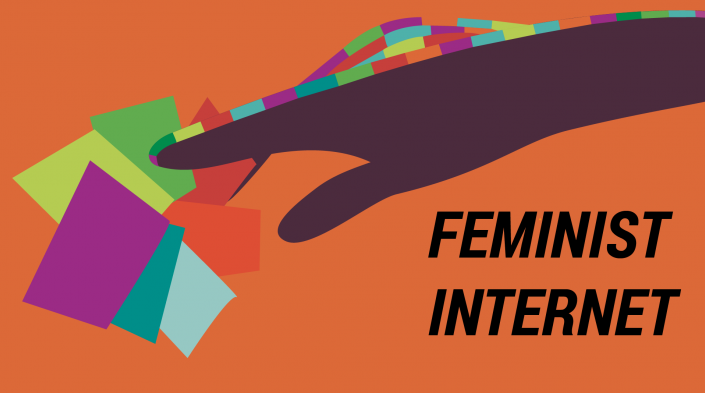 “Because of the internet, I have been able to help women in Pakistan,” says blogger

The internet is viewed as a great equaliser of our times, providing access to opportunities and information at an unprecedented level. As internet users are set to become a three-billion-strong community this year, it becomes ever so important to step back, look beyond our own individual usage and see if this open and sustainable platform really is accessible to everyone equally and freely.

As 2015 sees the developing world having stronger access to the internet than the developed nations, it is especially troubling that the gender gap is wider in the developing countries. There are 200 million fewer women than men online today, with 23% fewer women having access to the internet in developing countries. This gender gap not only represents women’s lack of access to empowering information and opportunities, but also reflects existing inequalities in those regions. Socially, men have greater public presence in most of the developing regions with women still in the minority when it comes to economic and social individuality. Profoundly patriarchal and deeply misogynist, many of these regions have men as the leaders of the nations and households, having the handle to everything including the internet.

Women are made to think of access to the internet as a luxury or as a space they aren’t allowed to enter due to cultural and social norms. Expanding internet access for women not only boosts the economy at the national level but also helps women get better informed and connected in an easier and, arguably, a safer way. And even today, despite the gender gap in access, we can find strong female voices increasing on the web. In this post, we reflect on an important aspect of human life that has benefited thanks to the internet – sexual education.

Eiynah runs the locally popular sexuality blog Nice Mangoes about sexuality in Pakistan. She talked to us about how access to the internet made things easier or even possible for her: “In today’s shrinking world it is immensely important for anyone, both men and women, to have access to the internet – especially so if you are an activist, artist, writer or creator of content. Using social media platforms gives you access to a wider audience. And in my case, it gives me access to an audience that is more receptive to my work, since I tend to write and draw about controversial topics. I often get a very cold reception from fellow Pakistanis. So the internet definitely helps me find an audience that has similar niche interests as me and makes creating content worthwhile. If I were to only be making content for a largely non-responsive Pakistani audience, I would soon lose motivation perhaps.”

Eiynah raised funds online for her illustrated book for children, My Chacha [Uncle] is Gay, which was the first ever Pakistani book on homophobia daring to touch the unspeakable subject. When asked about how the internet helped her to reach out to women and actually help solve their sex-related issues, Eiynah explained, “Having access to a wider audience via the internet helps me to share the stories of fellow Pakistanis on my blog, and draw attention to issues that are otherwise not widely discussed. Because of the internet, I have been able to help women in Pakistan find doctors that would treat them free of judgement, offer sexual health advice to people who would otherwise not have it.”

She added: “Especially in terms of a developing country, it helps to have access to the outside world because one can gain knowledge and even indirect access to services that would not be so easily available otherwise. Women are more aware of their rights, and find strength in being connected with others who promote women’s rights.”

Internet access is definitely important for everyone, both women and men; however, as Eiynah points out, in a developing country, women probably find more strength in the connected communities of the internet that may not be allowed to them otherwise. Commenting on the cold shoulder and slandering that female Pakistani activists, feminists and bloggers receive, she shared her experience:

“What I notice in the Pakistani blogosphere and Twitterverse is that there is a pretty strong ‘bro-culture’. When feminist critics like myself who happen to be opinionated women arrive on the scene, we don’t always receive a warm welcome. The patriarchal culture lives on, on the Pakistani internet. A woman with opinions gets cast aside as a ‘bitch’ or ‘feminazi’ whereas a man with opinions gets high fives all around. Female content creators are often ignored by the big-time male players in the scene, whereas even mediocre content being produced by a fellow ‘bro’ gets major acknowledgement and is propped up.”

In Pakistan and other similar patriarchal cultures, the internet often mirrors the same culture, making the online world just another microcosm of the society itself. However, strong and unrelenting voices like Eiynah’s and increased access to the internet for women are helping to create a change, a different world where women don’t feel fear while sharing their opinions, where they can get every kind of help they may need, and most importantly, where they receive immense support from fellow users.

In this male-dominated internet culture, Eiynah too finds her support system in online feminist groups, with the hope that “if we keep poking [holes in the internet occupied strongly by the male voices], perhaps someday it will collapse all together and make space for a more egalitarian internet culture with less threats and more respect for women.”

Rafia is a tech journalist currently working as a research and communications associate at Digital Rights Foundation focusing on women’s rights, internet governance, and digital security. She spends her weekends translating and romanizing languages.