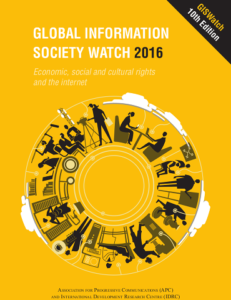 GISWatch 2016 – Economic, Social and Cultural rights (ESCRs) and the internet

When it comes to the discussion of feminism in Russian society, some people speak about “natural feminism”: they say women will not be content with just staying at home with kids or not getting an education. But we all know that the situation with gender-based (and especially domestic) violence in Russia is grave: every 40 minutes a woman in our country dies because of it. And until the very end some victims still think that the abuse is somehow their fault. Some girls in Russia, especially in the provinces, are still deprived of education – even at school level – while some women are deprived of money even if they work. There are parts of the country where women do not even know they have rights. In a social and political environment where victim blaming is a common phenomenon, and women are seen first of all as incubators for future soldiers, there are few places where women and girls not willing to comply with these views and demands can turn. Of course there are crisis centres, shelters (Russian ones are hard to get into), hotlines, etc. But what if you think your problem is not serious enough for professional help? Or if you get rejected after trying to get support?

Since January 2008 many groups and public pages devoted to feminist and gender-equality issues have appeared on VK (VKontacte), 6 the largest European online social networking service, which is especially popular with Russian-speaking users. On 10 February 2014, a public page called Shut Your Sexist Mouth Up (SYSMU) 7 was founded. It has become the biggest feminist platform for Russian speakers online. The original idea was taken from the Everyday Sexism project,8 a collection of anonymous stories about sexism, misogyny and gender-based violence, such as abuse and rape.

It turned out that for Russians this was a much-needed project. In half a year the number of SYSMU subscribers reached 10,000. At the moment there are over 30,000 subscribers, and the number is growing daily (the number of new subscribers can sometimes be 150 people a day).

More than 12,000 anonymous stories on SYSMU talk about injustice, violence, abuse, women’s empowerment, and a growing awareness amongst women regarding the need to protect themselves and those around them. The group administrators do not only collect the stories, but also provide psychological help if needed. Some girls and women ask for help themselves, others get it because the cases they describe are most disturbing: physical and psychological violence from the relatives, teachers, friends or strangers. Sometimes abuse lasts for months and years, leads to the most unfortunate consequences when it comes to mental and physical health, and dominates the woman’s life. 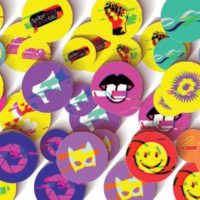