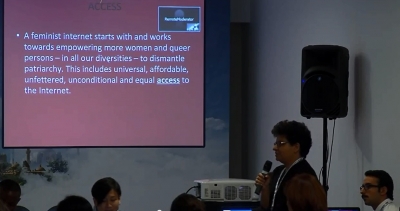 (Re)govern and (Re)imagine a feminist internet: Sex, rights and internet governance at the IGF 2014

As a pre-event of the IGF 2014 APC convened a meeting of sexual rights activists, women’s human rights defenders and gender equality advocates to discuss the intersections between sexuality and internet rights in the framework or internet governance. In the context where a discourse on human rights are increasingly taking their legitimate place in the discussions surrounding internet governance with thanks, in large part, to civil society activists presence at the forum, sexual rights is slowly but surely making it’s way into the various discussions at the forum. The event enabled various stakeholders to engage and bring to the fore issues of gender and sexuality and it was also an opportunity to launch our Feminist Principles of the Internet

This year has seen major debates and developments in the internet sphere. The Snowden revelations have brought to the attention of the public problematic issues regarding surveillance and privacy online. In addition, the presence of the IGF this year in Turkey also directed the attention of internet stakeholders to the internet censorship practice in this country and in other nations. We know from the EROTICS research and global monitoring survey that internet has become an important space for sexual rights activism. Furthermore issues regarding online misogyny, hate speech and online discrimination have been exemplified this year through multiple cases and stories, often pushed to the attention of the public by women’s rights and sexual rights activists. Rebecca MacKinnon reminds us how the governance and the structure of technology is important for activists:

“It is time to stop debating whether the internet is an effective tool for political expression, and to move on to the much more urgent question of how digital technology can be structured, governed, and used to maximize the good it can do in the world, and minimize the evil”.

The Feminist Principles of the Internet, developed with the participation of 50 gender and women’s rights, LGBTQI and internet rights activists in April 2014 during the meeting on Gender, Sexuality and the Internet, aims through a set of 15 principles to guide the advocacy of activist and influence policy-making discussions in the framework of internet governance. Principles 9, 10, 12 and 13 of the evolving document respectively speak to issues of access to information, privacy, anonymity and regulation of sexual content that were at the forefront of the latest IGF discussions.

Manifestos, charters, platforms, various people and groups have expressed through time their principles on how we should relate and interact with technology and the internet. Donna Haraway, though her Cyborg Manifesto started in the mid-80’s (before the democratisation of the internet!) a reflection and a discussion on our relationship with technology through the metaphor of the cyborg and the breakdown of boundaries between human and machine, and the possibility for reconstruction of new identities escaping western patriarchal notions of race, sexuality, gender, etc. In our increasingly connected and networked lives, Haraway’s manifesto is still quite relevant today as the boundaries between our lives offline and online are often blurred and where the internet has become for many a critical public space to inform, mobilise, organise, communicate. The Feminist Principles of the Internet aim to complement the APC’s Internet Rights Charter in establishing principles that defines the kind of internet the we, as feminist, want, and how we wish to realise it.

At the IGF 2014 Sexual Rights and the Internet Pre-event, APC launched the Feminist Principles of the Internet and animated discussions with participants to the event to receive feedback and comments. Participants were invited to give feedback on the wording and the substance of the principles as well as to explore more in depth how the principles resonated with them and their local and national contexts. People contributed in groups, discussing the following themes:

In those discussions participants generally thought the principles responded well to the issues they face in their environments in terms violence online, their need for anonymity and privacy and in some context the censorship they face online. However participants felt that the notion and the definition of consent was not prominent enough throughout the 15 principles. In addition, participants suggested that a principle regarding aspects of security be added to the evolving document. “The discussions during the event highlighted the pressing need to be on top of the developments of rights discussions in the internet sphere because of how new and how quickly evolving the digital experiences are. Our way forward in terms of the Feminist Principles is to elaborate more with case studies and examples of the application of the various principles” commented, Nadine Moawad, project coordinator of EROTICS for APC’s Women’s Rights Programme.

This evolving document is there as a companion for debate and discussion and as a framework for our movements and our resistance to (re)imagine, (re)invent, (re)engage ourselves. Join the discussion by getting in touch with us on http://erotics.apc.org or erotics@apc.org. 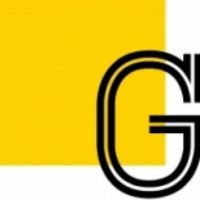