FRIDAY FILE: The Association for Progressive Communications (APC) held a global meeting on gender, sexuality and the internet, in Malaysia between 12 and 17 April, to explore and develop the collective understanding of what a feminist internet looks like. AWID interviewed Nadine Moawad[i] about the meeting, and APC’s EROTICS project.

The APC is a virtual, non-profit organization and international network working towards the realization of an Internet that is not only affordable and accessible, but improves lives and creates a more just world. Their pioneering EROTICS study carried out in Brazil, India, Lebanon, South Africa and USA between June 2008-2011, examined “how the internet plays host to critical information about sex education, health, fighting sex discrimination and defining one’s own sexuality, debunking the commonly-held view that sexuality online is just about pornography.”

Stemming from the results of this initial research – which is published as a report: EROTICS: Sex, rights and the internet – the next phase of the EROTICS project aims to “narrow the gap between political assumptions and a better understanding of content and “harm” based on women’s real experience of sexuality online… looking at the impact of regulatory frameworks and control mechanisms on the actual lived practices, experiences and concerns of internet users in the exercise of their sexual rights”.  To date this phase has included a 2013 global survey on online contents, practices, and modes of interaction censored, limited, or under threat, and their recent global meeting on gender, sexuality and the internet, in April 2014, which explored the concept of what a feminist internet would look like.

AWID: What is the thinking behind a feminist internet?

Nadine Moawad (NM): The APC’s Women’s Rights Program has been working on the intersections of internet rights and sexual rights, using a queer feminist lens, through its EROTICS Project since 2008. The research and networking around this scope of work shows us that while it is still a new area of exploration, it is certainly becoming increasingly crucial for feminist activists who utilize the internet extensively to support their work. We were able to learn much about the violations of rights, whether in the form of gender-targeted violence or censorship of sexuality content, through documenting the experiences of hundreds of sexual rights activists around the globe. But the alternative needed more thinking, more elaboration, and more imagination. What would a feminist internet look like as a public space? What are its principles and its politics? Those are some of the questions we sought to answer through our Global Meeting in April.

AWID: What ideas and concepts did you explore at the meeting? As part of APC’s online conversation about the topic, some really interesting questions were raised, such as: Has the internet supported feminist activism or has it reinforced patriarchy? What kinds of responses have you had to these questions?

NM: “Have we taken over the internet or has it taken us over?”; “Are we using or being used by the internet?”; “How can we resist the globalized commodification of the internet and defend it as open, diffused, decentralized and subversive?”; “Is the divide between our online and offline lives blurring? Is this empowering or threatening?” These were some of the intriguing questions raised during the intense debates that took place over three days, with input from academics, feminist and queer activists, and internet rights and policy specialists from diverse organizations and networks in countries including India, Uganda, Canada, China, Pakistan, Bosnia-Herzegovina, the United States, South Africa, the Dominican Republic, Jordan, Mexico, the Philippines, the Democratic Republic of Congo, Malaysia, Brazil, Lebanon, Indonesia, New Zealand, Kenya and Argentina.

Participants reflected on contentious questions of defining “harmful content”, feminist pornography, “hate speech”, child protection, queering the internet, and many others. We know that many activists had high hopes that the internet would facilitate social change and enable healthy debate and extensive discussion. But the reality today is that most activists we talk to complain with fatigue about what has become hashtag activism, and many of them face the same kinds of hostility we find in offline public spaces. So it was time to flip the question and think proactively about the space we wanted to achieve and what strategies we could put to use to get there.

The discussions around how we imagine a feminist internet started several days before the meeting on Twitter. Under the hashtag #ImagineAFeministInternet, the invitation was out there to gather the voices of as many people as possible, including those who were not attending the meeting in Malaysia. The online dialogue was very prolific, and many activists shared ideas that clearly reflect why advocating towards a feminist internet is crucial.

Another goal of the meeting was to build a network of feminist and queer activists, academics, internet rights experts and techies to identify collaborative strategies across movements. The network now aims to build capacity on engaging with human rights mechanisms and UN instruments to advance sexual rights and women’s human rights in relation to the internet.

AWID: Eliminating misogyny and sexism online was a common theme in the short video APC produced at the meeting – an internet that enables freedom of expression yet is safe and respectful for everyone. Where do we begin to take steps towards this ambitious goal?

NM: More than half of the activists who responded to our 2013 global monitoring survey on using the internet for sexual rights advancement said they have faced some form of harassment online for doing what they do. And half of those said they had to stop their work because of direct threats, hacking, censorship, or privacy violations.

There’s a traditional tension between freedom of expression activists who believe that the answer to hate speech is more speech and women’s rights activists who believe that content that depicts violence against women must be blocked. We recognize, as feminists, that responses to gender-based violence must be as complex as the tools of patriarchy and that it shouldn’t be an either / or debate. And so we’ve been looking at case studies of women users’ strategies that challenge online misogyny and sexism – and there’s certainly been an abundance of responses. Some have opted for organized digital campaigns, while others are working on private sector liability (such as Facebook and Twitter) to improve mechanisms of reporting threats and violations.

AWID: Did participants create a set of guiding principles that apply to a feminist internet framework?

NM: One of the main outcomes of the meeting was to set the ground to develop an evolving set of feminist principles of the internet, after exploring and strengthening our collective understanding of what a feminist internet looks like. We’ve developed a draft of the feminist principles and the process of discussion and we are currently seeking input from more interested activists to carry on the task of polishing these concepts. Our goal is to be able to have a working document that activists can use to lobby for policy improvements globally and nationally, as well as raise consciousness and user-based support for spaces that are safe, just, and empowering.

APC invites everyone interested to look through some of the materials reflecting the debates that took place during the meeting: http://www.genderit.org/node/4018/ and get in touch with them to join the working groups and the EROTICS network.

[i] Nadine Moawad is a feminist organizer based in Beirut, Lebanon. Between 2009 and 2011, she conducted research for EROTICS on internet regulation in Lebanon and now coordinates the global EROTICS project with APC, which explores the intersections of sexual rights and the internet. She tweets at @nmoawad. 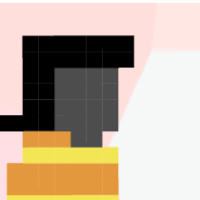 Association for Women’s Rights in Development